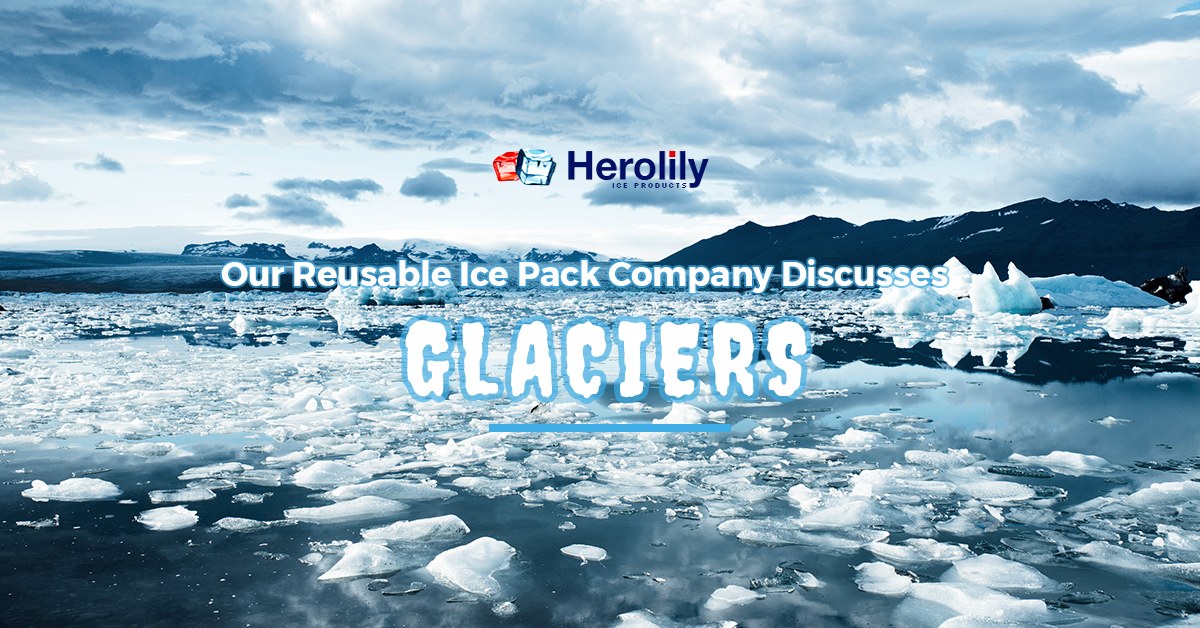 In our last post, we talked about dog sledding through cold environments like in the movie Balto. While that may be something that you have never done, we sure hope it’s on your bucket-list now, because it’s sure on ours. This week we are going to talk about another cold thing: glaciers. Glaciers are large masses of snow and ice that formed by the accumulation and compaction of snow. Glacial ice can be up to several thousands of years old, too. How cool is that? While we know that we have the best cold ice packs here at Herolily, we know we can’t match the cooling power of glaciers.

Most of the glaciers we see today were formed in a period of time known as the “Little Ice Age.” During the 17th century, it got cold enough to form glaciers, and the cold sustained for another two centuries! After 200 years, 32 percent of the earth’s total land area is composed of glaciers. Since the ending of the ice age in the 19th century, ice has done what it does best, melt.

Currently, about 10 percent of the world is covered in glaciers, with most glaciers existing in Greenland and Antarctica. While it might seem like there aren’t many glaciers left compared to during the Little Ice Age, our current glaciers still hold a ton of water. Glaciers today hold over 75 percent of the earth’s fresh water.

Climate change effects glaciers by contributing to the overall warming of our atmosphere, melting the glaciers over time. Scientists can study the glaciers by drilling ice cores out of the depth of the glaciers and studying past climates based of off the data held by the ice. The ice can hold valuable information for hundreds of thousands of years in air bubbles formed when the ice was created.

By studying the air bubbles of past climates, scientists can compare what is different between past atmospheres, and our current atmosphere. So far, science has found the production of energy and coal to be the main culprit and the point that our atmosphere started to warm. This warming of our climate has caused glaciers to recede, melting faster than ever. Scientists suggest that ice could be completely gone in 500 years if this warming continues. That would raise the sea level by 216 feet! That would cause half of Los Angeles to be underwater!

While our cold ice packs don’t fight issues like global warming, they do fight the warming of your food, beverage or product. Next time that you are headed down to the beach with a cooler full of food and beverages, or shipping your perishable product across the country, contact us at Herolily and we can help you with your cooling needs.