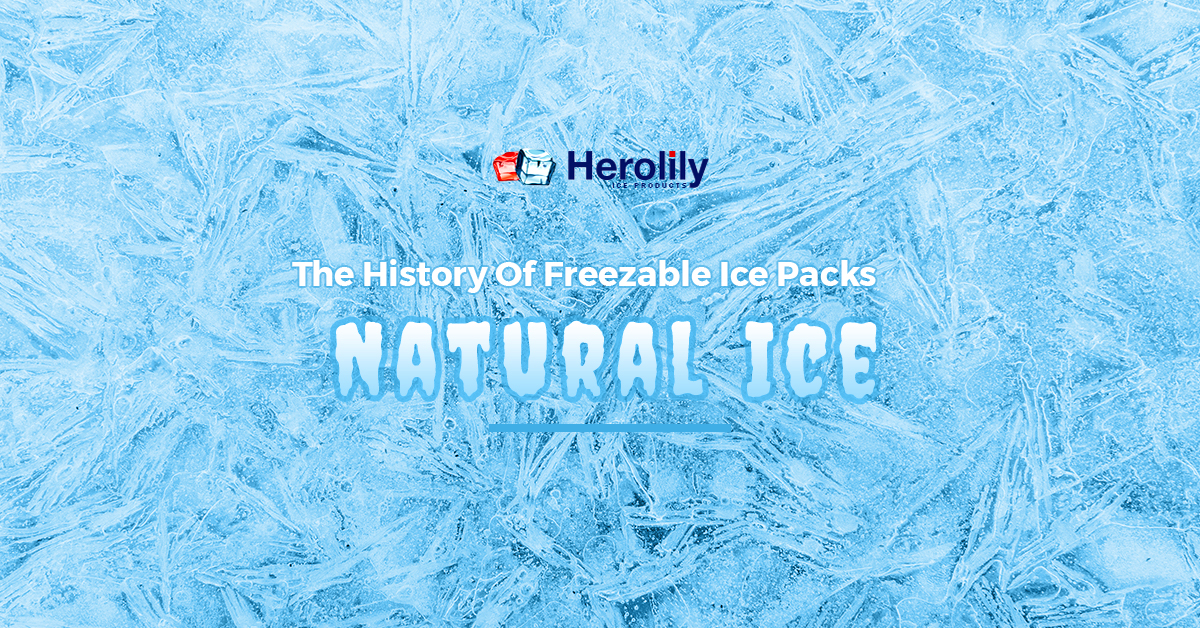 While it’s quite obvious that the modern Ice pack was inspired by, there is an interesting story to how the modern ice pack came to exist. According to Joanna Radin, a medical historian at Yale, the use of ice evolved in three distinct, yet simple stages. The three stages of ice’s evolution were natural ice, manufactured ice and finally chemical ice, the ice we know today.

During the early 19th century, ice was nothing but a burden imposed upon people by winter, blocking access to water and making people foolishly slip in front of others. But as time progressed people seemed to understand the value of ice. In 1805 Frederic Tudor changed the world by turning ice into an industry.

On a hot day, Tudor had the realization that people in warmer parts of the world than his Boston harbor would probably love having ice. “Harvesting” the ice was the first thing that he needed to figure out, finally settling on using saws to cut blocks out of lake ice and then stacking the blocks. In 1806 Tudor bought a ship, and began sailing with 80 tons of ice to Martinique, a Caribbean island. By the 1820s Tudor had created business relationships and began to turn a profit. He ran his ice business until the 1860s when he died.

In 1864 when Frederic Tudor died, nearly everyone that had the means to so were following his business model, something that they did until 1890 when manufactured ice stole the marketplace sparked by John Gorrie’s discoveries. John Gorrie was granted the first U.S. patent for mechanical refrigeration. Although Gorrie died in 1855, his models led to the first artificial ice plants opening in 1868, launching the start of a new industry. In the early 1900s, the ice manufacturing industry absolutely exploded, with new plants popping up left and right.

The ice plants produced clear blocks of ice by freezing the water while it was moving, in order to relieve the block of air bubbles. Clear ice was worth more than foggy ice because the clear ice was known to last longer. Plants produced blocks of ice in 300-400 pound blocks, taking up to three days per block. Ice would then be delivered to residential neighborhoods by way of a wooden carriage, being pulled by a horse or mule with an iceman riding in the carriage. Customers would put the amount of ice needed in their window on a sign, and the iceman would chop it off the block and deliver it. This proved to be an effective method prior to the 1920s when in-home freezers became increasingly more common. Now, people could simply make ice in their own home, using coolers to transport perishable products themselves.

The only problem was that people found the small ice cubes made in the freezer to melt quickly.

In 1959 Albert A. Robbins patented his instant cold pack, made for keeping food and drinks temporarily cold. This patent is the origin of the modern frozen ice packs. As we often see in science, within the following decades, Robbin’s ice packs for food were leapfrogged by technologically more advanced freezable ice packs, but Robbins is credited with being the inventor of the modern cold pack.

While freezable ice packs were patented in the 1950s with the intent of purely keeping food and beverages cool on a mid-afternoon excursion to the park, ice packs have been advanced in technology and applied to specific industries. Ice packs for shipping are an extremely important kind of specialized ice pack because they often are used for safely shipping rather perishable or volatile substances across long distances.

At Herolily, we are committed to providing the highest quality commercial ice packs available. If you have any questions about our ice packs for shipping, please contact us. Let us help you keep your product cool.