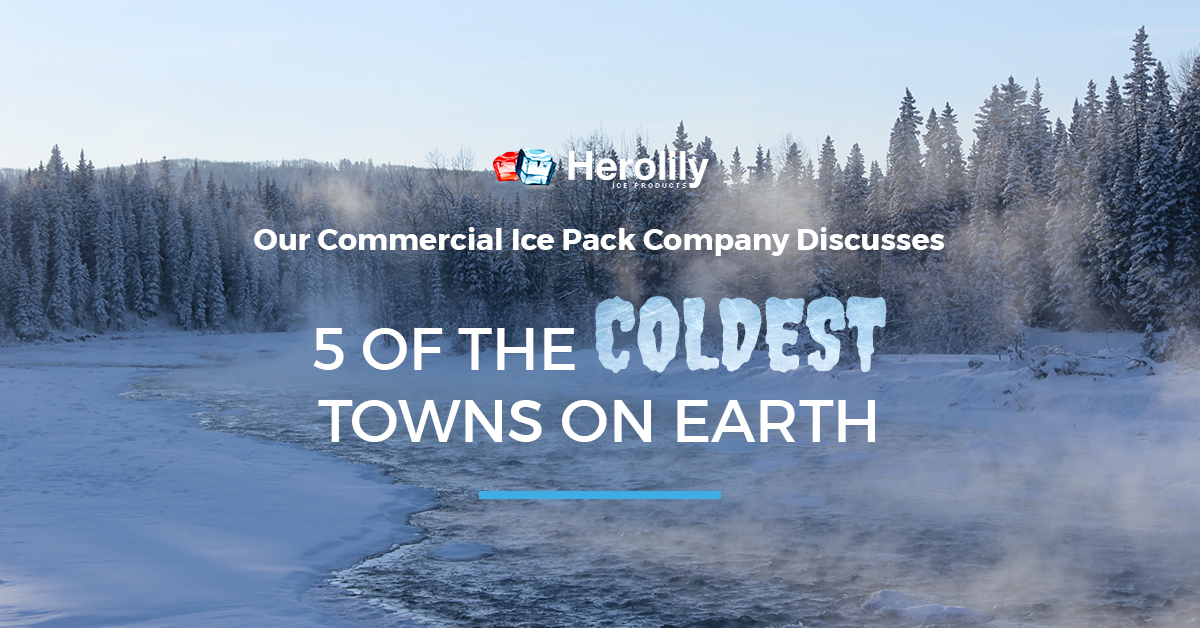 Now that winter is upon us, we’re really developing an appreciation for the coldest months of the year. We love producing ice packs to keep perishables cold during transportation, which is why we’re so fascinated by the ways in which Mother Nature keeps her surroundings cold. Where are some of the coldest places in the world?

If you thought Hell was a hot, fiery place, you haven’t visited this little Norwegian town. On the other hand, warm weather aficionados would consider the name of this township fitting, as it is renowned for its sub-arctic temperatures. On average, Hell freezes over about a third of the year and tourists enjoy trekking to this spot to take pictures in front of the train station. Would you visit Hell?

Located nearby the ski town of Winter Park, Fraser is home to only about 910 hearty residents. Once known as the “icebox of the nation,” this little town has an average temperature of about 32.5 degrees Fahrenheit. Even the summers can be chilly, with the average low temperature reaching about 29 degrees.

Here’s the deal with the two towns: International Falls has a colder winter, but Fraser has a lower average temperature. With a population of about 6,703 residents, plenty of people are able to survive the insanely cold winters quite well.

No matter which American town you refer to as “the icebox of the nation,” their temperatures can’t even compare to the coldest townships in Russia, including Oymyakon. Do your kids complain about attending school when the temperatures reach the single digits? Tell them about the schools in Oymyakon, where the schools stay open through minus 52 degrees.

Depending on who you ask, only about 500 to 800 people are hearty enough to live in this town. One of the perks of Oymyakon is the local hot spring you can access after breaking through a thick crust of ice.

Located deep within the Siberian wilderness, this town was founded in 1638 as a fort and has been used as a cattle breeding, tin and gold mining town. Only 1,500 miles away from the North Pole, this town was once a common location for political exiles from the mid-1800s to the early 1900s. With winter temperatures reaching as low as minus 90 degrees, we’re guessing that the exiles remained safe from their enemies in this town.

If you don’t live in these frigid areas, you’ll need to keep your perishables cold during transportation. Our shipping ice packs at Herolily are the perfect solution for keeping your food, beverages and pharmaceuticals cool. Shop our selection of commercial ice packs today.